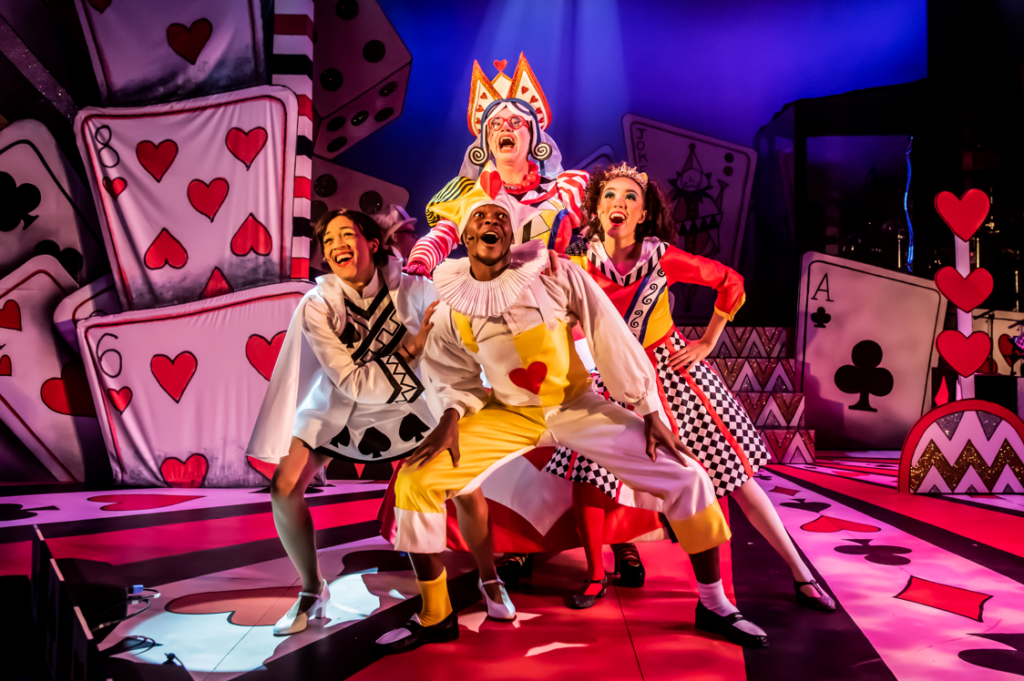 Now, I have to first confess I have never been in a Pantomime before this year. The last Panto I probably saw was when I was about ten. Nine years on as a fresh graduate, I never would have thought my first job would be in one. We started rehearsals in October, and I am sure I have learnt something every day from the first time I walked into our rehearsal space. At first, I felt like I had to play my character as some sort of doll come to life. As the days went by, I found myself easing into the character and making her more realistic and most importantly, relatable. I would say there is nothing wrong with having one idea of what your Principal Girl role will be like when you start. Of course, it is always great to have a starting point. However, be flexible to trying out suggestions and directions you may never have thought of. You can only learn from doing so.

I would definitely say that my character has come a long way from day one in rehearsals. I now understand the bottomless amounts of energy needed; when you think you are doing 100% energy, you are going to need about 200% more. For me, I found the key to keeping this kind of demanding energy consistent was having tons of sleep. And also naps – I take my napping very seriously. I have a camping mat and a blanket in the dressing room for this sole reason. On top of this, having a good routine before and after shows I find helps as well. I like to get to the theatre an hour early to do my makeup first whilst watching The Big Bang Theory, this keeps me relaxed and I find it very therapeutic. I then really enjoy doing yoga to wind down after the day and also stretch out any sore muscles. Doing such intense singing and dancing twice a day and sometimes twelve shows a week it is so key to look after yourself.

In The Queen of Hearts, the Princess of Diamonds emphasizes the importance of friendships. As much as she has romance in her life, she understands that friends are just as important. It feels great to sing about something so vital to such a young crowd, and I really hope that some go away and that message sticks with them.

As for the love scenes in The Queen of Hearts, I feel that Andrew Pollard has written them well. For this show, we are not looking for a dramatic confession of love or anything intense (especially with a younger audience). It should be something wholesome and heartwarming. Which I feel is exactly what the portrayal of the Princess of Diamonds and the Prince of Spades’ romance is. The kids can sing along to their duet – a very popular Dua Lipa song – and enjoy the disco ball floating above.

Straddling romance, comedy and a quest can seem overwhelming but I always remember that a key part of being the Princess is that she always wants to help and make things right. With these objectives in mind I find it less of a task responding appropriately in all these situations.

Whilst everything else in the world evolves, Panto refuses to take a backseat including the Principal Girl. This is no easy feat. Of course, I do this for my love of performing but it does not come without its challenges. Finding the energy to do those 10am school shows with four hundred screaming children can be intense, but to see their faces completely engrossed in the magic of the show is always worth it. And when the curtain goes down after the last song it feels as if you have made new friends.

Myla Carmen (they/them). Myla has recently appeared in National Youth Music Theatre's production of 'Billy the Kid' playing Annabelle Wade (2021) and Ensemble in 'Parade' (2019). They have also done five seasons with British Youth Music Theatre, the latest being 'Fight Like a Girl' playing Zoe Jinks (2019). Myla graduated from Italia Conti in July, where they played Lisa Hopkins in 'Made in Dagenham' and Kathy in '9 to 5' for the third year shows. Myla is very excited to be making their professional debut in the cast of Queen of Hearts!