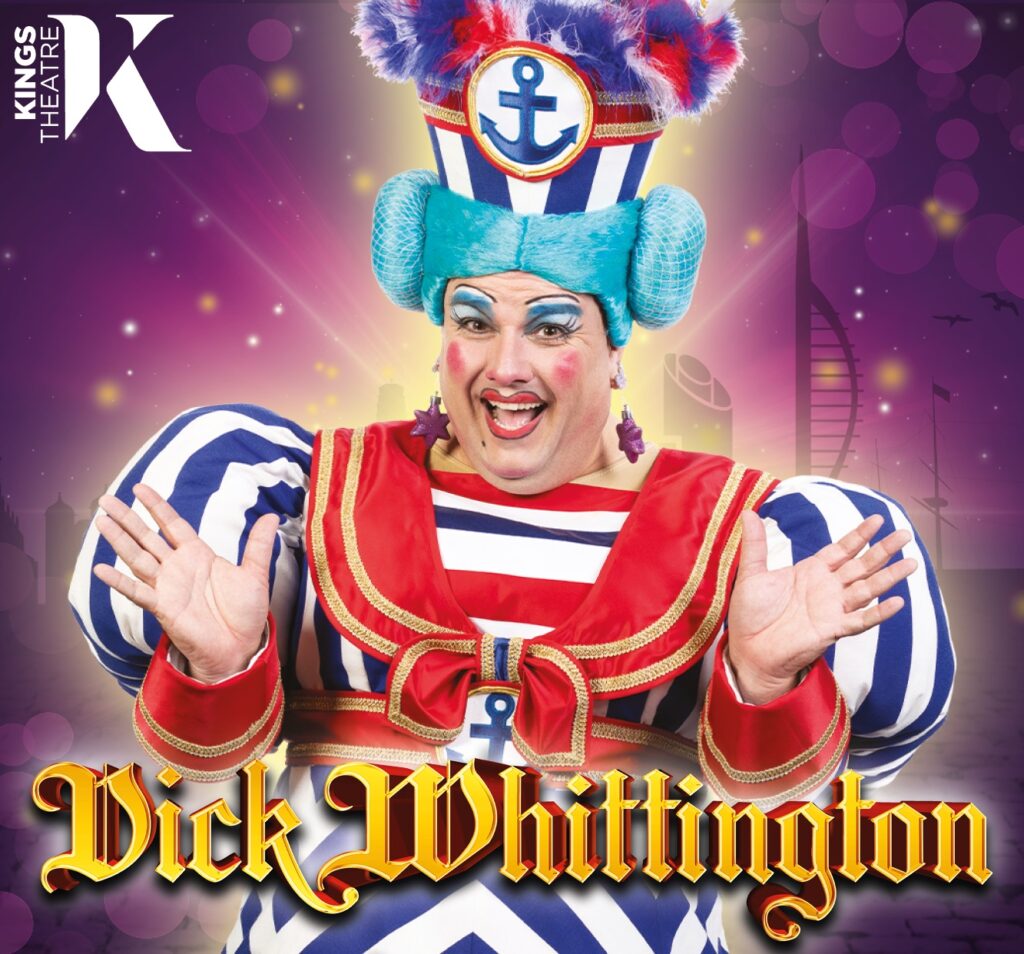 It was a tough call for us as a venue, but from the start of the crisis our CEO Paul Woolf was adamant that if we do anything this year it would be Panto. At this point we did not know the twists and turns in the road that would come, including the second lockdown which changed our opening night from the end of November to Tuesday 8th December, but we were determined if the Government allowed, we would be open for business. Truth is, however frustrating the lockdowns and government guidance is, we all have to live with it and make the best of it – and that is what we are doing.

Despite the latest Government edict that theatres can run at 50% capacity, we had worked out long ago that with social distancing rules we can only fit in a third of our normal house. This meant we had to be pragmatic and review costs, but we were not prepared to compromise on quality.

First thing we had to do was rethink the title. We had announced in our last panto run that in 2020 we were off to Neverland with Peter Pan. The plans were spectacular and expensive with the flying and special effects. This meant we had to go back to the drawingboard to look for a new title.

We chose Dick Whittington, which is not part of our normal pantomime cycle, but is a smaller cast – so enough space on stage to get in every social distancing joke imaginable.

We reached out to some old friends of mine, Paul and Emily Hendy from Evolution Pantomimes, who were able to supply a set, costumes and a brilliant script especially adapted for our ‘Pompey Panto’. For the cast too, we went into our networks to contact a host of local professionals to audition and had a great response. And the result is we have a top of the bill West End cast, amazing band, and great creative team, all lead by Paul Hendy as a one-off directing for us!

Every panto script pulls some material from current affairs, but we agreed from the outset this show would not reference the virus per se. We will have the social distancing jokes– I have a great frock with it sewn in and there is endless fun with the ruler, but the virus itself is off-limits as people have lost their lives to it and there is no fun in that. We want it to be a happy Christmas for those who come and a couple of hours forgetting the past nine months.

Making the theatre safe was a priority. We spent a lot of time in the lockdown putting measures in place. We have completed a full training programme for our staff and the theatre is laid out with one-way systems and flows to help guide our staff and audiences around the building. Our theatre is now a very safe environment and we are proud to be awarded the ‘We’re Good to Go’ tick as well as the ‘See it Safely #backonstage’ logo.

Our first implementation of the safety measures was audition day in July. We had time slots for each performer, Covid safety procedures on arrival, and all dressing rooms sanitised after use. We had great reports from all that auditioned.

Putting the show together was quite an easy task as we got the full package with Evolution Pantomimes, we have a very experienced stage and tech crew at the Kings, and ongoing relationships with sound, lighting experts and costume experts. We held our production meetings on Zoom, which I must say has been a lifeline.

All was going well, then the second lockdown took over. Our stage team rushed off to get the set and had it up before the lockdown kicked in. It did mean that our opening night needed to move by 10 days but thankfully, rehearsals could happen. Normally the theatre would be going full throttle in November, but circumstances meant we had to have rehearsals take place onstage this year which was a bonus as there is always that time spent adapting from the studio to the stage. We then waited with bated breath for the Tier announcements – we survived as Portsmouth fell into Tier 2, but agonised for our peers across the country who couldn’t raise the curtain.

We have been very much keeping our fantastic audience in the loop. I joined our CEO to do a Facebook Live once a month at the start of the pandemic, keeping everyone engaged and making sure they knew that we were doing everything we can to make them safe and well and encourage them back when the time was right. From September, we opened with a programme of socially distanced shows which were very well attended and it just proved that the audience wanted to come back into the building. The guidelines were never very clear, and it became frustrating as some days we did not know if we were coming or going. We now have got our own procedures in place that are compliant with the Government and will obviously change anything moving forward into panto season.

Audience participation will be a very interesting this year, as the guidelines are saying that we should not encourage shouting ‘He’s behind you’ or anything equivalent. To be honest, I am not sure how you tell a 5-year-old to not shout and scream ‘Hiya Billy’ or whatever it may be. Our staff will be on hand to make sure that everyone follows the rules as much as they can, as we always see it’s guidance and I’m not really sure how you can tell a bubble of six to leave if they are entering into the spirit of the show. If everyone is wearing masks and doing what they should, I cannot see there being an issue. Also to shout out that we are doing a free performance for key workers.

​The interesting thing that I think we have learnt as a theatre is that you can put on a full blown show at a lower cost due to being more careful with budgets and still not comprising the quality of the show. The other interesting thought is having a star cast. Do we need it? Our ticket sales are as good, if not better than they have been in previous years. We have always prided ourselves on talent that can actually ‘do it’ like John Challis who is an utter genius at his craft, as well as some of the other brilliant people we’ve had over the years. I am not saying we would not stop using star names, but it is definitely food for thought.

Editor’s note: Due to the Government’s announcement that Portsmouth would enter Tier 3 restrictions on Saturday 19th December, Dick Whittington was forced to close early and added an extra performance at 10.00am on Friday 18th December 2020.

Jack is Creative Director and resident Dame at The Kings Theatre, Portsmouth