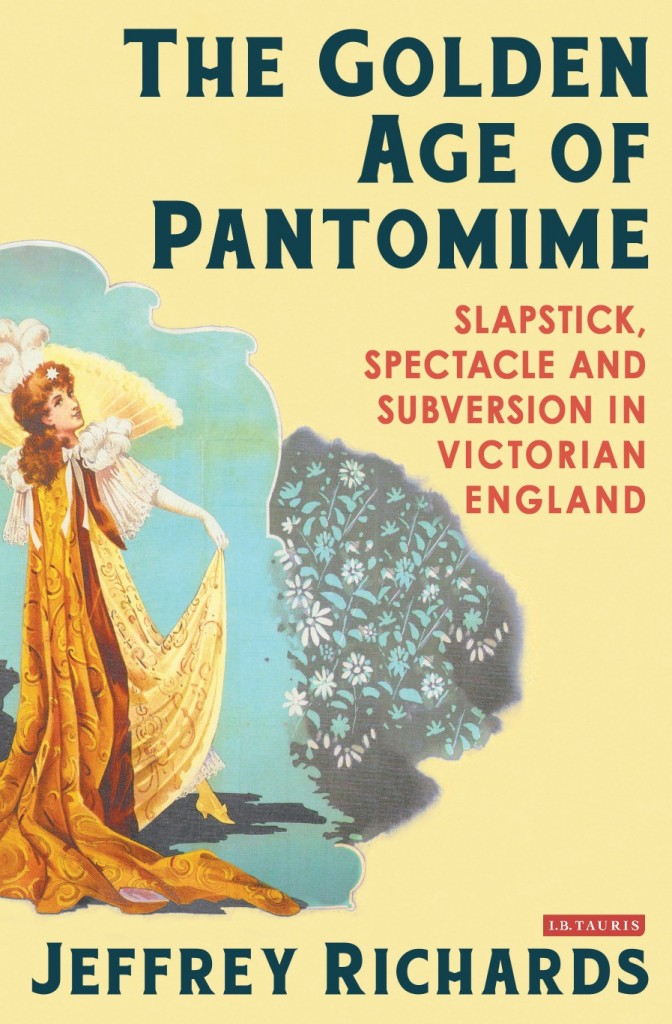 We’ve got three copies of Jeffrey Richards’ wonderful new book The Golden Age of Pantomime to give away thanks to our friends at I.B.Taurus Publishers.

All you need to do to be in with a chance of winning, is to email us your Dream Celebrity Cinderella cast! Would Kylie be your leading lady? How about Tom Daley as Prince Charming? Ant and Dec as the Ugly Sisters? You decide!

Send your cast lists to hello@celebratepanto.co.uk before midnight tonight and the Panto Day Team will choose three lucky winners to be announced early next week.

The Golden Age of Pantomime: Slapstick, Spectacle and Subversion in Victorian England

Of all the theatrical genres most prized by the Victorians, pantomime is the only one to have survived continuously into the twenty-first century. It remains as true today as it was in the 1830s, that a visit to the pantomime constitutes the first theatrical experience of most children and now, as then, a successful pantomime season is the key to the financial health of most theatres. Everyone went to the pantomime, from Queen Victoria and the royal family to the humblest of her subjects. It appealed equally to West End and East End, to London and the provinces, to both sexes and all ages. Many Victorian luminaries were devotees of the pantomime, notably among them John Ruskin, Charles Dickens, Lewis Carroll and W.E. Gladstone. In this vivid and evocative account of the Victorian pantomime, Jeffrey Richards examines the potent combination of slapstick, spectacle and subversion that ensured the enduring popularity of the form. The secret of its success, he argues, was its continual evolution.

It acted as an accurate cultural barometer of its times, directly reflecting current attitudes, beliefs and preoccupations, and it kept up a flow of instantly recognisable topical allusions to political rows, fashion fads, technological triumphs, wars and revolutions, and society scandals. Richards assesses throughout the contribution of writers, producers, designers and stars to the success of the pantomime in its golden age. This book is a treat as rich and appetizing as turkey, mince pies and plum pudding!