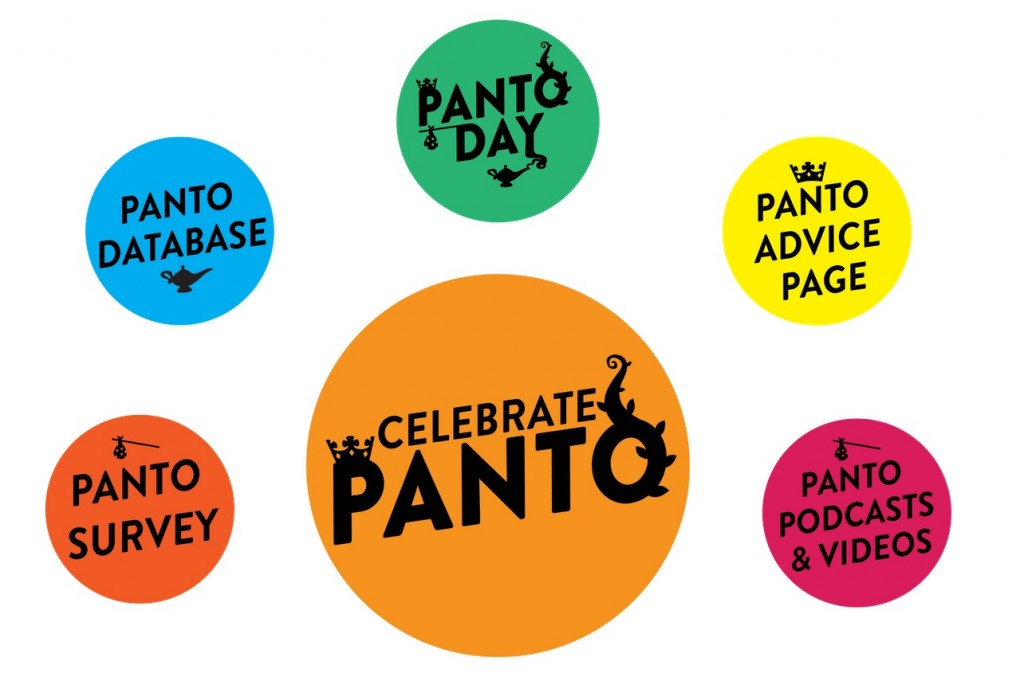 Founded in 2011, Panto Day began life as an experiment to see whether casts around the world could get #panto trending whilst sharing behind the scenes sneak peeks of rehearsals and performances. Since then, Panto Day has gone on to become a global celebration which regularly sees over 1.5 million #panto tweets being sent on Panto Day itself.

In 2012, Panto Day was joined by the Panto Advice Page and in 2013, along with the founding of the National Database of Pantomime Performance, the organization started to produce its own pantomime related short films. This increased activity led to the founding of Celebrate Panto earlier this year, which brings Panto Day, the Panto Advice Page and the National Database of Pantomime Performance together under one banner for the first time.

The new interactive website has been made possible due to financial support from a number of individual ‘Panto Pals’, as well as the Society for Theatre Research and Qdos Entertainment.

“Qdos Entertainment is delighted to be supporting Panto Day and the new Celebrate Panto website. As the world’s biggest pantomime producer we’re delighted that many of the theatres we work with will engage so enthusiastically in Panto Day, which is a fantastic celebration of the importance of pantomime in the culture of the UK”.