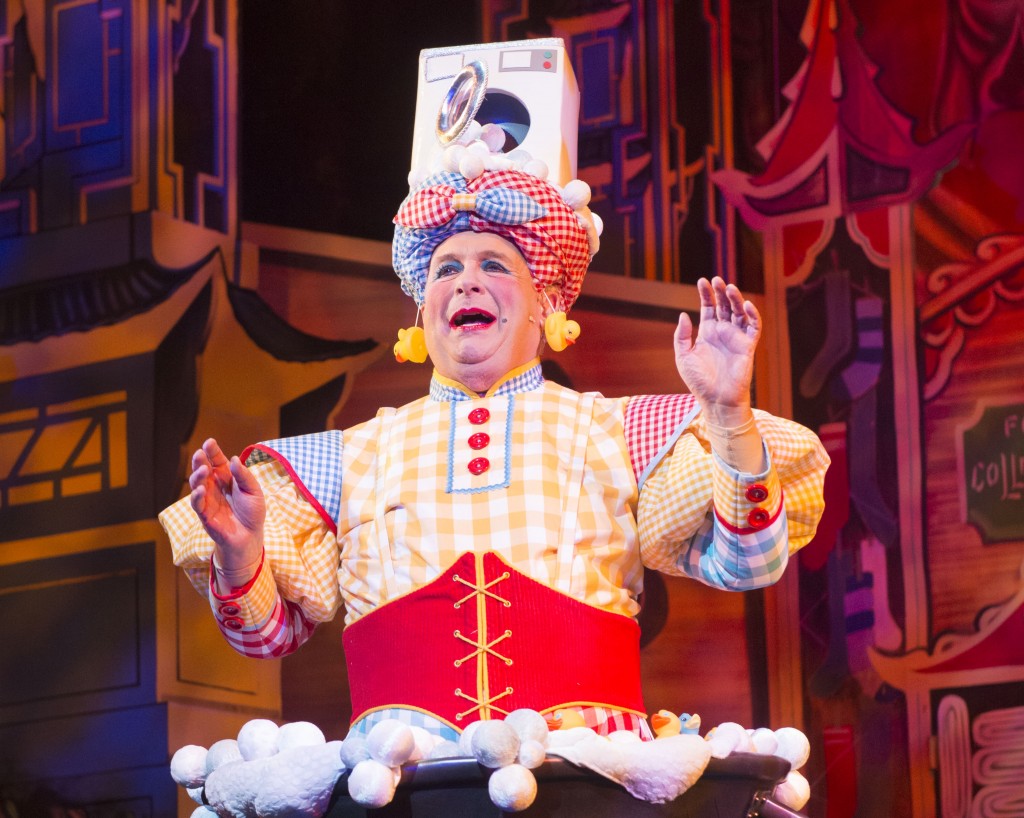 Celebrate Panto at the V&A

This year the world’s leading museum of art, design and performance will be celebrating everything panto!

From 26th November, the Victoria and Albert Museum’s Theatre and Performance Galleries will host costumes worn by Clive Rowe as Mother Goose in addition to those worn by Billy Dainty as Sarah the Cook, posters for Snow White and the Seven Dwarfs at the Birmingham Hippodrome and Aladdin starring Adam Faith in Bournemouth and Berwick Kaler’s 30th anniversary candle snuffer.

Wednesday 7th December at 1pm sees Panto Day founder and Senior Curator of Modern and Contemporary Performance Simon Sladen deliver a free lunchtime lecture “The Twelve Dames of Christmas: A History of Pantomime through its Great Dames” in the Lydia and Manfred Gorvy Lecture Theatre.

On Tuesday 13th December, Simon will be in conversation with Toyah Willcox about her career playing myriad roles from Principal Boy to Wicked Queen. The evening event begins at 7.00pm and will conclude with a wine reception.

Throughout the day on Panto Day itself – Friday 16th December – pantomimes from the National Video Archive of Performance will be screened in the Museum’s Learning Centre, including Aladdin starring Ian McKellen, Hackney Empire’s Aladdin, Jack Tripp and Roy Hudd in Babes in the Wood and Berwick Kaler’s Dick Turpin.

Then at 3.00pm, the Museum plays host to panto dame extraordinaire Christopher Biggins and panto fun galore in special Study Afternoon ‘A History and Celebration of Pantomime’.

Dates for your diary: